I've been watching a little block since I moved to Bushwick – the intersection of Wyckoff and Starr. I've seen an antler-flavored fine dining place move in, a coffee shop come of age, a health food store open, and a local latin food joint close.

I have created models for them all, and they are live on Google Earth.

SV has some older images cached. Compare my models with the SV shots.


The store fronts with the metal awning/facade are called the Wyckoff Exchange.
You can see a neat animation of the gates in action on the architect's website. 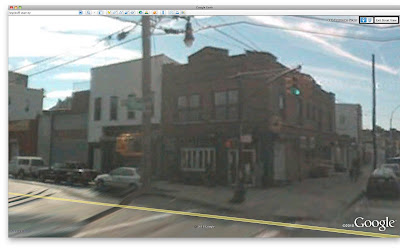 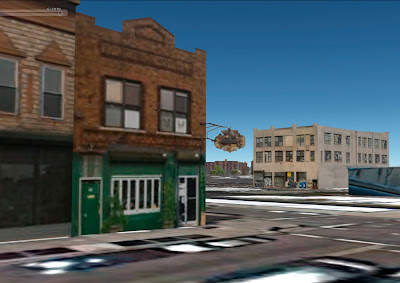 Using a file format known as .png I was able to make the Northeast Kingdom's distinctive sign on the corner with only one two-sided polygon. The .png supports transparency, so the areas around the support and wood are masked out.

Here's the same .png format used to make razor wire on a roof. In Photoshop, i used a threshold adjustment layer to get a selection of the wire, then masked out the sky, saved the file as a .png. That's the Northeast Kingdom in the background.